How Does the 2019 Novel Coronavirus Pneumonia Effects Protective Packaging for Logistics?

China will go all out to work with relevant parties and share with the international community its experience in containing the novel coronavirus pneumonia outbreak, as it strives to build “a community with a shared future for mankind”, officials said.

In a speech on Monday at the Royal Institute of International Affairs in London, Chinese Ambassador to the United Kingdom Liu Xiaoming said: “We have been open, transparent and responsible in tackling the virus because we believe in a community with a shared future for mankind.”

Liu said that since the outbreak of the coronavirus, China has engaged in global cooperation and shared information in a timely manner with the world, including sharing the genetic sequence of the virus and enhancing cooperation on vaccine development.

The Chinese people have stood united and taken the most comprehensive, strict and thorough measures of disease prevention and control, Liu said. “The whole nation has been mobilized, and we are waging a ‘people’s war’ against the virus,” he added.

“The virus knows no borders. It is a common challenge facing all mankind. To safeguard global public health, countries must join hands and stand shoulder to shoulder,” Liu said, adding that “the ongoing battle against COVID-19 is living proof of how much we belong to this community with a shared future for mankind and how urgently we all need to come together to build it.”

The epidemic is spreading across the world. On Monday morning, the World Health Organization received reports of a total of 8,739 cases outside China from 61 countries, with 127 deaths. In the 24 hours before the WHO news conference in Geneva at 4 pm on Monday, there were almost nine times more cases reported outside China than inside China.

WHO Director-General Tedros Adhanom Ghebreyesus said on Monday that containment is still the best measure for countries to fight against the epidemic, and considered the situations in South Korea, Italy, Iran and Japan as of “greatest concern”.

As of Tuesday, South Korea has reported 5,186 cases of infection and 34 deaths, and Iran had reported 2,336 cases, including 77 deaths.

A WHO team arrived in Iran on Monday to deliver supplies and support the government in its COVID-19 response.

Tedros emphasized that the virus is not influenza. “We are in uncharted territory,” he said, adding that with early, aggressive measures, countries can stop transmission and save lives.

“Our message to all countries is: This is not a one-way street. We can push this coronavirus back. Your actions now will determine the course of the COVID-19 outbreak in your country,” he said.

Foreign Ministry spokesman Zhao Lijian said in Beijing on Tuesday that since the epidemic is spreading to more countries, global cooperation in public health security is more important and urgent.

“While maintaining epidemic prevention and control domestically, China will continue to work together with relevant parties and offer as much support as it can to overseas countries,” he said.

Zhao said that China has already provided coronavirus test kits to Pakistan, Japan and the African Union, shared its diagnosis and treatment plans with many countries, and sent medical experts to Iran.

He also appreciated the global support for China’s fight against the coronavirus. As of Monday, China had received donated materials from 46 countries and six global organizations.

Ambassador Zhang Jun, China’s permanent representative to the United Nations, said on Monday at the UN headquarters in New York that China’s fight against the outbreak has made good progress, the number of new cases in China is declining and medical research has achieved encouraging initial results.

“COVID-19 is a common challenge facing all of humanity. China is fighting not just for itself, but also for the world,” he said.

Zhang added that China, which will preside over the United Nations Security Council in March, will make efforts to strengthen solidarity and cooperation with all parties to ensure that the council fulfills its responsibility and plays a constructive role in maintaining international peace and security.

Zhang said that China will give priority to strengthening multilateralism and upholding international cooperation.

He said that unilateralism is currently having a strong impact on the international order, the rule of law and the status of the UN. At the time of the 75th anniversary of the organization, the world needs multilateralism, a stronger UN and Security Council, and solidarity among member states.

He added that China will also make its efforts in promoting regional political settlements and maintaining international fairness and justice. The council will play its usual role this month in discussing hot spots such as Syria, Libya, Palestine, South Sudan and Yemen.

How Does the Novel Coronavirus Pneumonia Effects Protective Packaging for Logistics? The best way to stop its outbreak is to stay at home. Then lots of people will choose to order products online. Our protective material: air cushion machine, paper wrap system and foam packaging for inside box void fill, makes good cushioning protection and shock absorption to ensure the safety during the delivery of parcels. 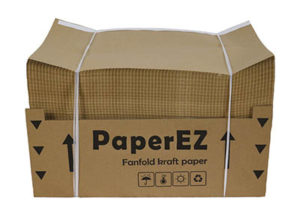 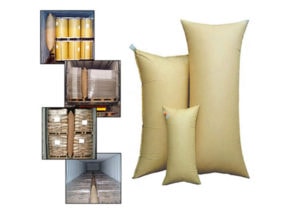